All Collections
Knowledge Base
Draft Library

This article explains what the Draft Library is and how to use it.

Written by Jordan Sussman
Updated over a week ago

The Draft Library gives users the ability to create Draft Flights for collaboration before being scheduled.

To access the Draft Library, a 'Draft Library' icon should be displayed below the asset library button on the icon rail on the right side of the canvas. For each campaign the user has Collaborator/Owner access to, they should be able to see Draft Flights created for that campaign. 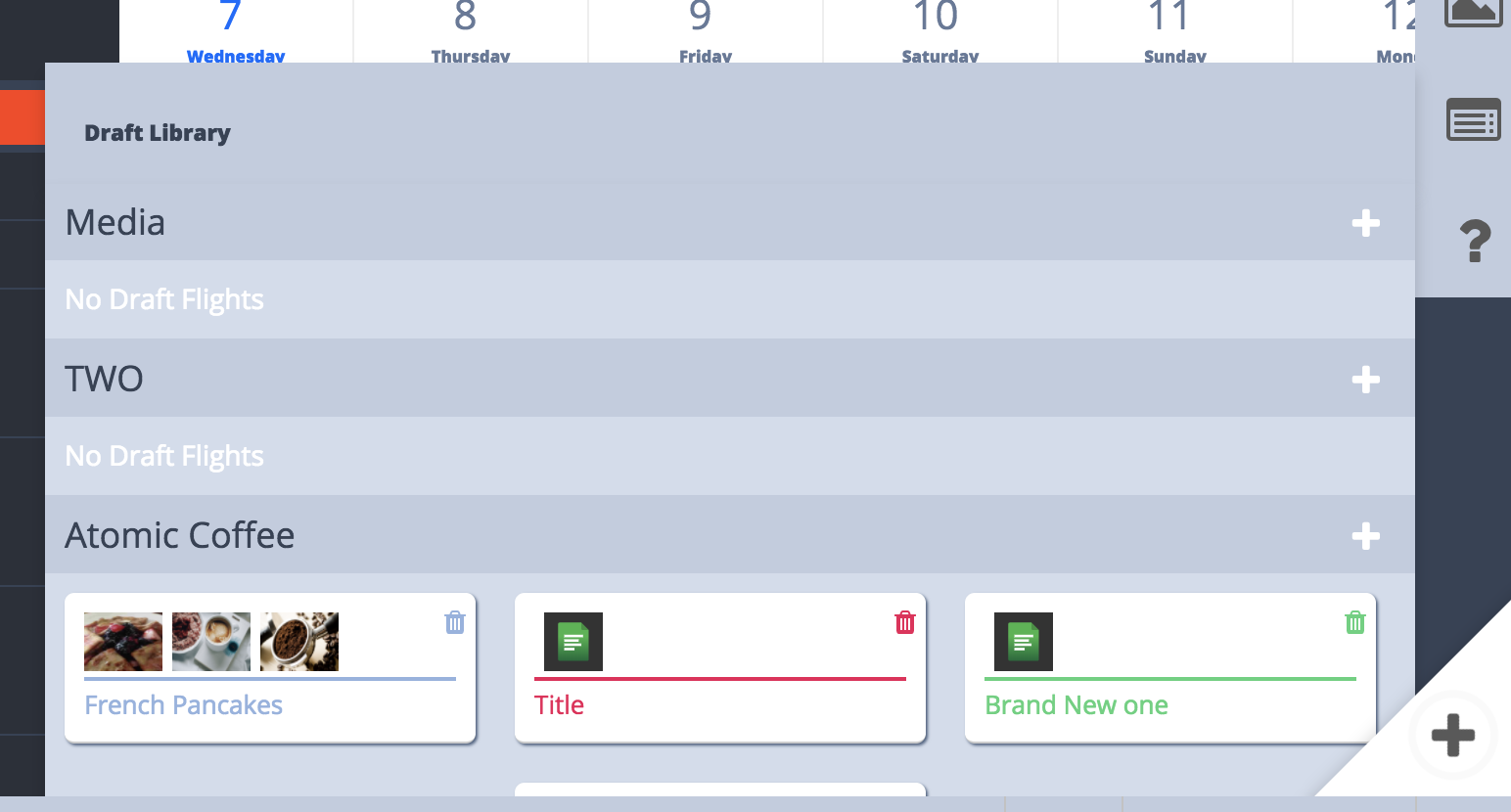 To create a new draft, click the '+' next to the campaign in the Draft Library. This should display the Create New Flight modal, and display only tracks for that Campaign.

To delete a draft from the library, click the 'trash' icon on the top right of the Draft Flight.

You can also create a Flight without accessing the Draft Library. When creating a new Flight in one of the ATOMIZED views, simply select 'Save as Draft.' Instead of the Flight being displayed in a view, it will be added to the ‘Draft Library’ where users can update the Draft Flight before creating it officially.

Did this answer your question?